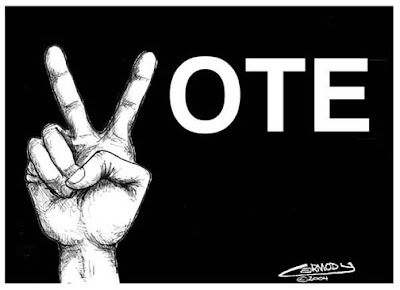 Youth and women elections, yesterday, ended smoothly in various districts. In Rubavu, 16 representatives were elected. The positions contested for included the coordinator of the district activities, the vice coordinator, secretary and welfare as well as good governance.

“Although the exercise kicked off late, it was very successful, free and fair, without any complaints,” said Nasoro Maguru, the in charge of electoral exercise in Rubavu.

Representatives for women and the youth are elected by an electoral college made up of councillors from all the sectors in the district.

Maguru encouraged the winners to work hard for the common good of the country and keep their electoral promises.

Vestine Cyurinyana, the new women’s coordinator, challenged the people to join her in developing the district and transforming the lives of women.

“During this mandate, my colleagues and I should focus on developing human capacity in our district through training to develop knowledge and skills.”

Meanwhile, in Gicumbi district, the Tuesday election saw seven women from each of the 21 Sectors of Gicumbi District elected. Eight representatives of the youth from each sector were also voted in.

The elections were conducted by secret ballot and were presided over by the District coordinator of the National electoral Commission (NEC), Richard Gakwerere.
Prior to the voting, each contestant was given three minutes to court voters.

Marie Claire Uzamukunda, was unanimously re-elected as Gicumbi District Women Coordinator. She beat her rival, Christine Umurara with 60 votes, against 54.

“I am extremely happy to note that Gicumbi District women have confidence in me, for my past contributions to develop various women social and economic ventures,” said Uzamukunda.

The elected team join the District Advisory Council (DAC).
The elections were conducted in the presence of observers from the National Forum for Political Parties’

Call for Writers and Youth Leaders

Honouring the Duke of Edinburgh on His 100th Birthday

By Michael Gyekye On June 10, the late Duke of Edinburgh, Prince Philip would have turned…

Illegal arrests, extortion, brutality, and the killing of innocent Nigerians by the country’s Special Anti-Robbery Squad…